Canadian Province of the Month: Manitoba

Manitoba has about 1.3 million inhabitants. Just over 700,000 people live in the province’s capital, Winnipeg. Manitoba has a strong economy based predominately in natural resources with a GDP per capita of $50,920 CAD. Manitoba’s economy is heavily reliant on agriculture (12% of Canada’s farmland is in Manitoba), energy, oil, forestry and mining. Churchill, Manitoba, is a growing destination for Arctic tourism, given in its unique wildlife in the form of polar bears and beluga whales.

The Entrepreneur Pathway makes up one half of Manitoba’s ‘Business Investor Stream’ and the program allows Manitoba to recruit and nominate qualified professionals that want to establish, purchase or become partners in an existing business within the first two years of arrival on a temporary work permit. Additionally, Manitoba, like Alberta, has an immigration option targeted towards farmers, called the Farmer Investor Pathway. Fortunately, applicants are no longer required to submit a deposit of $100,000 to the Manitoba government.

Additional points will be allocated to an application if any of a number of factors applies (ex. if applicant has a Manitoba Supporter who is an established resident of the province, who is a friend or family member, and is willing and able to review and endorse the applicant’s plan for resettlement and employment). For more information on these adaptability requirements please see:

Canadian Immigration: The Year 2018 in Review 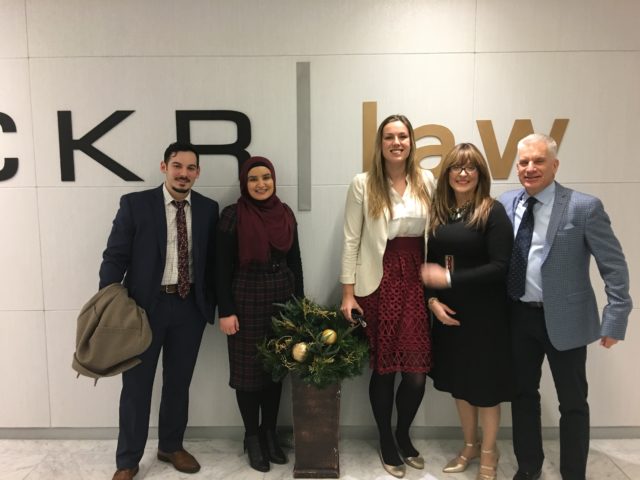 Best Wishes for 2019 from the Canadian Law Group

Canada saw some interesting changes to its immigration landscape this past year. Here is a recap of what’s been happening north of the US border and why the eyes of the world are currently on Canada.

The Student Direct Stream (SDS) came out in early 2018 to expedite processing for Study Permit applications for nationals from the following four countries: China, India, the Philippines, and Vietnam. Prospective students that meet the financial, language and medical requirements, are encouraged to apply using the SDS, especially if they have Permanent Residence (PR) in mind, as this program provides advantages for future PR applications.

The SDS promises a processing time of 45 days, instead of the usual 60 days for a study permit. We hope that this accelerated program will later be available for more countries, as higher education presents a new and effective way of immigration serving as an investment tool for the Canadian market. CKR Law’s Canadian Law Group was able to help an Indian national family under this program. Their application was approved in a mere 6 days!

Cap for Sponsoring Parents/grandparents Increases for another Consecutive Year

The numbers of parents and grandparents that can be sponsored to live in Canada has just gone up again. The Honourable Ahmed Hussen, Minister of Immigration Refugees and Citizenship Canada (IRCC), announced recently that Canada will increase the application cap for parents and grandparents to 20,000 (from 17,000 in 2018). Additional changes include an end to the randomized lottery system, which is being replaced with a first-come-first-served system, meaning the applications will be processed in the order they are received from sponsors until the 20,000 cap is met for 2019. CKR Canadian lawyers have been working tirelessly to use this progress to help immigrants deported from the United States. Successful candidates will then have 60-90 days to complete their sponsorship applications.

The IRCC announced that 80% of the spousal sponsorship backlog has been cleared.

The increased cost threshold from $6,655 to just under $19,965 will make a material difference for applicants with disabilities and certain medical conditions, who until now were often found inadmissible for exceeding the threshold. If an applicant’s medical condition(s) exceed the cost threshold they are likely to cause ‘excessive demand’ on Canada’s public health care system and may be inadmissible to Canada on those grounds. In addition to the increased cost threshold, there was an amendment to the definition of social services by removing references to special education, social and vocational rehabilitation services and personal support services. This demonstrates Canada’s commitment to ensuring accessibility and opportunities for those with disabilities as ‘social services’ costs would often put them above the threshold.

Canada expanded its biometrics program to include all foreign nationals applying for a visitor visa, a work or study permit (excluding US nationals) and to all applicants for permanent residence. The rollout of Canada’s new biometrics program will continue into 2019 and strengthens Canada’s attractive immigration programs.

Previously, Canada’s biometrics program included only in-Canada and overseas refugee applicants, individuals ordered removed from Canada and individuals from 30 nationalities applying for a work permit, study permit, or a temporary resident visa. These changes will help prevent identity fraud and keep Canadian’s safe. According to the IRCC, Canada is one of 70 countries using biometrics to help immigration and border management.

Ontario Minister Laura Albanese and IRCC Federal Minister Ahmed Hussen announced the signing of three annexes to the Canada-Ontario Immigration Agreement (COIA) of 2017. This Agreement strengthens the partnership between Ontario and the Federal government with settling new immigrants and boosting the economy.

This represents Federal-Provincial collaboration on increasing francophone immigration, the role of municipal governments with regard to immigration, and facilitating entry for international students.

The new Memorandum of Understanding between Portugal and Canada gave young Canadians the opportunity to work in Portugal through the International Experience Canada (IEC) Program. The bilateral agreement also provides channels for Portuguese young people to work and live in Canada. The program targets those between the ages of 18-35 and allows them to work and travel through the Working Holiday, International Co-op and Young Professional streams of the IEC Program. These programs offer a popular way of experiencing Canada.

The Honourable Ahmed Hussen, Minister of the IRCC, met with Kirstjen M. Nielsen, U.S. Secretary of Homeland Security, in June 2018, to discuss irregular migration between our shared borders. They discussed collaboration and information sharing along with northbound irregular migration trends, traveler screening and biometrics, and potential amendments to the Safe Third Country Agreement.

Of particular importance to addressing northbound irregular migration is an educational campaign to dispel myths about the Canadian asylum system, “ensuring that everyone is aware we have a rigorous system in place and that claiming asylum is not a free ticket into Canada.”

The IRCC made numerous changes in 2018 to facilitate travel to Canada for Chinese travelers. The IRCC opened up 7 new Visa Application Centers (VACs) across China (Chengdu, Hangzhou, Jinan, Kunming, Nanjing, Shenyang, and Wuhan), which is a substantial increase, as there were only 5 locations previously (Beijing, Chongqing, Shanghai, Guangzhou and Hong Kong).

Two Chinese airlines, China Eastern Airlines, and Xiamen Air, as well as the Pierre Elliot Trudeau Airport in Montreal, were added to the China Transit Program. The China Transit Program allows for visa-exempt transit for eligible Chinese travelers through Canada for candidates heading to and from the United States.

Regarding payment options, Union Pay is now available for online applications for Chinese travelers. Union Pay is one of the largest and most popular payment providers in China so this will expedite payments for visa applications.

After a lot of uncertainty towards whether an agreement that included Canada would ever transpire, all three countries met the September 30 deadline set by President Donald Trump. The Treaty’s Dispute Resolution Mechanism (Chapter 19) and Canada’s supply management system for dairy have remained mostly intact, both big wins for Canada. The USMCA must still pass muster through the internal democratic processes of all three countries. It is expected that the USMCA may not take effect until as late as January 1st, 2020. CKR lawyers are expecting a revamping of the professional categories of work in Annex D in addition to all the changes in Trade.

Canada officially legalized marijuana on October 17, 2018, when the Cannabis Act took effect. With the cannabis industry in Canada projected to reach $5 billion USD by 2020, many licensed cannabis growers want to get their foot in the door. Additionally, Deloitte has estimated that cannabis edibles will account for 60% of Canada’s cannabis market, creating an excellent opportunity for those looking to invest early. Other intriguing opportunities include collaborations between the cannabis industry and the drinks sector.

Cannabis legalization has not however been without its setbacks to cross-border mobility. Numerous Canadians traveling to a prominent cannabis conference, the Marijuana Business Conference & Expo in Las Vegas, Nevada were detained for hours by United States Customs and Border Protection Agency at Toronto’s Pearson International Airport in pre-clearance the week of November 14. According to the Financial Post, one Canadian cannabis investor, who elected to remain anonymous, received a lifetime U.S. entry ban for admitting his intention to attend the conference and to tour a new cannabis facility.

Beyond potential hiccups associated with admitting to working in Canada’s thriving cannabis industry, admitting to the recreational use of marijuana at the border before legalization occurred in Canada on October, 18, 2018 remains another grey area, along with amnesty for prior pot convictions. More guidance is needed from the U.S. CBP on their handling of these issues to provide some certainty for Canadians travelling to the United States.

The Global Compact for Safe, Orderly and Regular Migration (GCM) is the first global framework to tackle all aspects of international migration, with an emphasis on the positive contributions of migrants and the benefits of well managed immigration systems worldwide. The Honourable Ahmed Hussen, made the announcement that it adopted the Compact in Marrakech, Morocco at the Intergovernmental Conference of the same name. Canada continues to be at the forefront of innovation in the field of immigration.

It should be noted that the compact sets out 23 ‘objectives’ on migration, and thus participating states are not obligated to implement each objective.