Canada Calling: Immigrants Needed in our Rural and Northern Areas!

There is a new Pilot program in Canada to encourage immigration to specific Rural and Northern Communities.  This is not a surprise, when we see the success of the Altantic Pilot Immigration Program, which has successfully drawn foreign nationals to New Brunswick and other Atlantic provinces for the past year.  The new program is called the Rural and Norther immigration Pilot, and it is based on the notion that the majority of newcomers to Canada settle in large metropolitan cities, typically Vancouver, Toronto and Montreal.  In fact, over 85% of Canada’s population lives within 100 miles of the U.S. border, which is why Canada seeks to attract migrants to its rural side.  This Pilot aims to help fill severe labour shortages in certain areas and to help economic growth.
On June 14, 2019 the IRCC announced these eleven (11) communities selected as part of the Pilot:

The above list is intended to be an initial “blue print” of the Pilot program for the rest of Canada, which leads us to believe that other areas will be added over time.

Many of these areas are already known for certain key industries and trades.  Sudbury, in Ontario, is well known for its strong French population, making it a suitable alternate for immigrants from French speaking countries who are otherwise drawn only to Quebec.

According to the IRCC, Canadian rural communities employ over 4 million Canadians and account for almost 30% of Canada’s national Gross Domestic Product (GDP). About this Pilot, the Honourable Ahmed Hussen, Minister of Immigration, Refugees and Citizenship Canada had this to say: “attracting and retaining newcomers with the needed skills equals a recipe for success for Canada’s rural and northern communities.”  Our Canadian Law Group often recommends to clients that they aim at less “popular” areas of Canada when looking for employment.  We refer to this as “the back door” into a country that has no bad areas to live!  Once a permanent resident, or citizen, an applicant can decide to move to other areas of the country.  But it is our experience that those who come to rural and northern parts of Canada tend to stay there, feeling both a connection to a place that welcomed them, and experiencing higher appreciation, income or job security than those in the large cities.

Newcomers under the Pilot program are expected to arrive as early as 2020.  We are happy that our “back door” strategy is something that IRCC now officially values and that it has materialized itself into a concrete program for immigration to Canada.  Please contact the Canadian Law Group to learn more about the new Rural and Northern Immigration Pilot Program: vmalka@ckrlaw.com 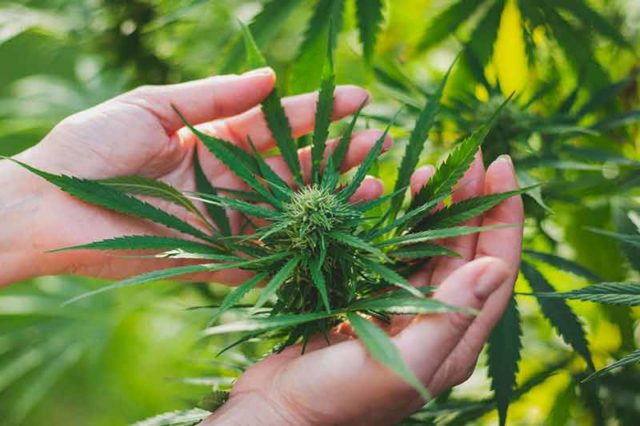 For those who are planning on travelling to Canada anytime in the near future, the following article contains important updates to keep in mind.
While Canada has legalized Cannabis usage, it is important to note a couple key factors that could cause denied boarder entry or worse.

The First thing to keep in mind is that whether or not you bought pot in a U.S. state where it is legal, you are not allowed to bring Cannabis across the border into Canada. If you are caught ding so at the border, not only can you be arrested for drug trafficking but you can also be banned from Canada eternally.

Secondly, not everyone can grow their own Cannabis in their backyard or just sell it because they want to. The legalization of growing and selling cannabis is required to be authorized by the Canadian government. Without authorization, you will most likely be deported from Canada and charged with criminal offense.

Often, Canadians forget when travelling to the U.S. that while cannabis may be legal in certain states, it is still a federal crime. So if you’re a permanent resident in Canada and you are travelling into the United States, do not tell your border officer you are going to smoke up in the states, regardless if it legal there or not. The job of your boarder officer is to enforce the federal law, which means not only will they turn you away, but odds are, you may be banned from entering Canada in the future.

The last point to keep in mind is not to drive under the influence. While you may think it’s only a problem to drink and drive, in reality the consequences of being caught driving while high are the same as driving drunk. Yes, it is true that the cops need probable cause to drug test you, however the repercussions of driving high include being charged and being put in jail. You could even be deported. Always remember, help save lives, don’t drive high!

HEMP IN THE USA AND CANADA

Hemp is growing in popularity on a global scale.  There are 47 countries so far that grow hemp for commerce or research.  The EU has production in most member countries, and lists France and the Netherlands as centers of production.  The global hemp industry is showing no signs of slowing down.  It is expected to reach $5.7 billion by 2020.  What is the status of hemp in North America?  Read on if you are interested in Cannabis to know more about how the USA and Canada are looking at Cannabis, and particularly at hemp, at the present time.

Hemp is derived from the cannabis plant.  It is also called “Industrial hemp.”  It grows very fast and over 10,000 years ago, it was one of the first plants to be spun into fibers.  Today, we are seeing hemp used in commercial and industrial products including rope, food, clothing biofuel and animal feed.  Many car makers are now using hemp in manufacturing cars, including GM and Mitsubishi, no name just a few.  Many believe that cars will eventually run on hemp, instead of gas. Hemp has a biodegradable quality which makes it environmentally conscious.

Although cannabis and hemp come from the same plant (cannabis “sativa”), their content is different.  Hemp has a much lower level of THC (the “psychedelic effect of the marijiuana drug that makes a person “high”) and higher levels of CBD (the cannabidiols), than cannabis.  The two are cultivated differently, which also affects the concentrations of THC and CBD.  States and countries regulate the concentrations of THC in hemp products, which determines the product’s legality.

Hemp in the USA

The U.S. imports tens of millions worth of hemp products each year, mostly driven by growth in the demand for hemp seed and hemp oil for use as ingredients in foods such as granola.  Some U.S. homes are also using hemp based construction building materials.

A note of caution for our readers: The U.S. seems to differentiate hemp from cannabis.  Cannabis in the USA is still illegal at the federal level, and is not likely to become legal in the near future, leaving the states to do as they wish as long as they avoid interstate commerce.

In the U.S., with hemp, the story is more welcoming at the federal level, with some limitations still.  With the 2018 Farm Bill, industrial hemp cultivation is now legal as a matter of federal law, and there are many farms in the U.S. now focused on industrial hemp production.  Interestingly, one area where this cultivation is slowly taking root (no pun intended) is with Native Americans.

However, according to Manjit Gill, a Partner at CKR Law LLP’s Miami office who handles many Cannabis clients in the USA, the area that remains murky relating to hemp in the U.S. relates to cannabidiol (CBD) products.  While there is a proliferation of CBD products in the U.S., at the federal level, the FDA is still not endorsing the use of CBD in diet supplements and food products, unless you can show that what is being introduced into the food product is derived from hemp seeds or seed oil.  As a result, as with marijuana, CBD food products are technically not legal at the federal level, but may be still legal on a state by state basis where the relevant states have enacted legislation legalizing CBD products.

Thanks to generous and easy hemp regulations under the Cannabis Act, Canada is already dominating the hemp world production market. Only second in line after China, Canada grows over 140,000 acres of hemp per year.  This is 10 times the amount of hemp cultivated in the United States (note that the U.S. remains the largest importer of hemp, with most of the seed arriving from Canada!).

Canadians, according to StatsCan, spend about $5.7 billion on cannabis alone and the hemp industry in Canada is expected to reach $1 Billion by 2023.  According to Veronique Malka, Chair of the Canadian Law Group of CKR Law LLP, now is the time for foreign investors to make their money grow in Canada.  Her Group is seeing a surge of inquiries from US investors and manufacturers who are tired of waiting for the US to adopt more uniform and lenient regulations.  Malka states: “your money can grow substantially in Canada in two years, without any concerns that you are doing something illegal since Canada fully supports the industry.” About 2000 licenses for hemp cultivation are granted each year, with a fast processing time of about 60 business days (or three months).  Malka adds” For U.S. investors, this is a win-win situation.  Not only are you going to benefit from your money converting at a favorable rate into Canadian dollars, but you will definitely develop business in Canada if you staff your company there wisely.  Bring your top folks in from the US to set up the operations – just make sure they don’t carry cannabis across the border!”

While the U.S. will take 2 years or more to change its federal stance on Cannabis legality, investment in hemp in Canada makes a lot of sense.  Plus, growers literally next door to the USA, to keep their fingers on the pulse of what is happening south of the border.  As soon as things change in the USA, Canadian companies will be able to expand back and reach a North American triad of growth.

Clearly, from a legalization perspective vis-a-vis cannabis, Canada, as a country, definitely has a decided edge in this space.