President Trump stated that currently only a small fraction of vehicles, people and goods coming across are being scanned. Investing in technology will allow us to “scan 100 percent of everything coming through, curbing the flow of drugs and contraband, while speeding up legal trade and commerce.” Trump announced that the Wall, already under construction, should be close to 400 miles long by the end of next year. The proposal also creates a permanent and self-sustaining border security Trust Fund to allow for upgrades when necessary. This Trust Fund will be bankrolled by the revenues generated at the border crossing itself.

The similarity of Trump’s plans to the Canadian immigration system is striking. Currently, the U.S. immigration system allows citizens and green card holders to sponsor their family members for immigration.  However, it does not create a clear path for top talent (unlike many other countries, like Canada). Trump wants to prioritize highly skilled workers and their immediate families. Canada, notably, has a robust and competitive immigration system prioritizing top talent using a points-based system at the provincial (similar to state) and Federal levels.  We find, in Canada, successful Provincial Nominee Programs and the Express Entry program, as examples. There are additional competitive streams for skilled workers in Canada, depending on their experience and education levels while Regional Pilots Programs (ex. The Atlantic Immigration Program) aim to encourage and increase immigration to certain regions for skilled workers and recent international graduates. President Trump suggested the U.S. create an “easy-to-navigate points-based selection system,” akin to the Canadian model.

President Trump stated that because of the broken rules in the USA, the annual green card flow is mostly low-wage and low-skilled, pitting newcomers against the most vulnerable Americans for jobs. Trump would like to increase the proportion of highly skilled worker immigration from its current 12 percent to 57 percent (or higher) — bringing the country more in line with countries such as Canada, Australia and New Zealand, and making America globally competitive. Mr. Trump made it clear that at the same time, the policy would prioritize the immediate family of new Americans, spouses and children, which would go right to the front of the line. Again, something Canada has been doing for well over a decade.

President Trump’s proposal would not change the number of green cards allocated annually although it would introduce sweeping changes establishing universal criteria for admission. The current green card categories would be replaced with a new visa called the “Build America” visa which evaluates candidates on a points-based system. President Trump stated in his address that priority and higher points would be given to younger workers, valuable skills, offers of employment, advanced education as well as plans to create jobs. Higher wage workers would also be prioritized to ensure new comers are not undercutting American labor.

President Trump’s proposal also introduces sweeping changes to the U.S. asylum system, at the same time as Canada dismantles the “designated country of origin” (DCO) list. Trump’s plan, in his own words, seeks to prioritize “legitimate asylum-seekers” over “those lodging frivolous claims.” Trump stated asylum abuse is putting a strain on social services such as the public school system, hospitals and shelters using funds that would be better appropriated towards elderly veterans, at-risk youth, Americans in poverty, and those in genuine need of protection.

The new US plan would include the following facets: closing loopholes in Federal Law ‘making it clear’ gang members and criminals are inadmissible, while deporting those that are already here. Future immigrants will also be required to learn English and pass a civics exam prior to admission to the U.S. to promote assimilation, integration and national unity.

Is Trump reading the blue print of the Canadian immigration model? Perhaps. The Canadian Law Group, located in the USA but practicing Canadian law exclusively, is well placed to compare the models of these two countries. We continue to advise foreign nationals daily on which path to take, and to remind readers that most nationalities are free to pursue Canadian AND a U.S. path to immigration at the same time. We often refer to this strategy as a “wise back up plan.”

2019 Update on Recreational Cannabis in Canada

As reported in our October 2018 newsletter, Canada became the second country after Uruguay to legalize cannabis last fall. The Cannabis industry in Canada is projected to reach $5 billion USD by 2020 with exciting trends emerging in 2019!

Cannabis growers in the USA and elsewhere will want to know that at present, cannabis suppliers in Canada are unable to meet market demand.  The supply shortage is expected to continue into 2019. The New York Times reported, as early as three weeks into Cannabis legalization, that Canada was running low on legal product, sending some consumers back to the illegal black market – undermining a major aim of legalization. One reason may be the backlog of approval by the Federal government for licenses to cannabis producers. Another reason is that producers did not accurately predict high demand; as a result provincial cannabis stores in New Brunswick and Quebec had to temporarily close or shutter their stores in late 2018.

Demand was evidently difficult to predict in an industry that faced almost a century long criminal prohibition. Scaling up a national legal supply chain for cannabis, with no roadmap, has been challenging for producers as well. Strong price points have also disappointed some consumers but the strict government regulation and quality control of legal Canadian cannabis ensures it is free from contaminants found in black market product.

The shortage provides a unique and timely opportunity for investors in the USA to open their doors as Canadian operators or find strategic partners in Canada (already licensed) that they can assist.  Funds currently “on hold” in the USA, which has cannabis still illegal in so many states and federally, can be invested strategically in Canada (at a gain given the currency difference!).  In fact, we believe that those US companies that turn to Canada while the USA still decides what it will do with cannabis will be one step ahead of the game.  They can return to the USA once legalization occurs here, transferring knowledge and talent gained in Canada to their US facilities.  It’s a win-win, with a timeliness factor not to be missed.

DISTRUBUTION REGULATED AT THE PROVINCIAL/TERRITORIAL LEVEL

Although cannabis is federally legal in Canada, each province controls the distributionof cannabis giving rise to mosaic of different laws. The provinces and territories set rules around how cannabis can be sold, where stores may be located, and how stores must be operated. In addition, provinces have the flexibility to add restrictions including: lowering possession limits; increasing the minimum age; restricting where cannabis may be used in public; and setting added requirements on personal cultivation.

Regulation on the municipal and provincial level in Canada creates inefficiency and red-tape for international investors looking to take advantage of current opportunities. An illustrative example is the provincial regulation and distribution schemes for alcohol (including private, public and private-public mixes) in Canada that held up the EU-Canada Comprehensive Economic and Trade Agreement (CETA) for years. Knowledge of how to properly set up shop in Canada is thus essential.

The public possession limit for all provinces and territories is 30 grams. Consumption in vehicles is also banned in all provinces.

The legalization of edible sales in Canada should occur sometime before October 17, 2019, exactly one year after recreational cannabis was generally legalized. Another trend to watch out for is the expansion of concentrates which were also limited by the Cannabis Actback in 2018. Intriguing opportunities are emerging with collaborations between the cannabis industry and the drinks sector. Now is the time to invest! 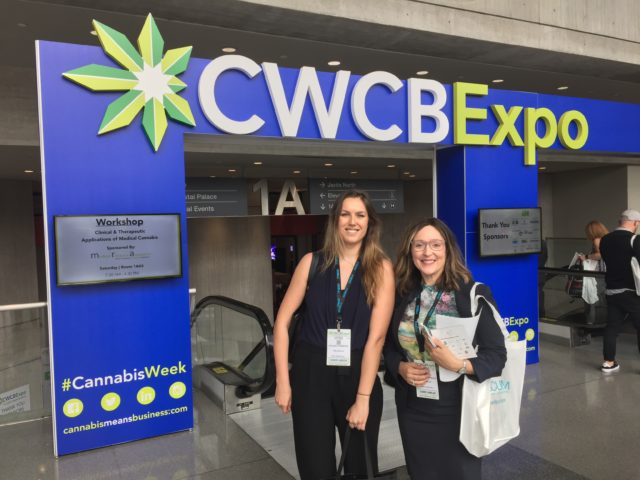 With regard to international opportunities in Cannabis, Israel is the leading country. Although recreational cannabis use is yet to be legalized in Israel, medicinal cannabis is legal, with the U.S. News and World Report referring to Israel as “The Holy Land of medical marijuana.” Green Entrepreneur named Israel the global leader in Cannabis research, a feat 50 years in the making. Earlier this week, “Breath of Life International,” Israel’s largest medical cannabis producer filed a preliminary prospectus with the Toronto Stock Exchange (TSX). CKR Law LLP has an Israel & Middle East practice group to help clients navigate the legalities of the international cannabis market.

Our Canadian Law Group assists companies in the U.S.A. to expand to Canada, including determining the best location to relocate, incorporate and/or merge with Canadian strategic partnerships in mind.  For more information regarding the Canadian legal or international cannabis market, please contact:  vmalka@ckrlaw.com 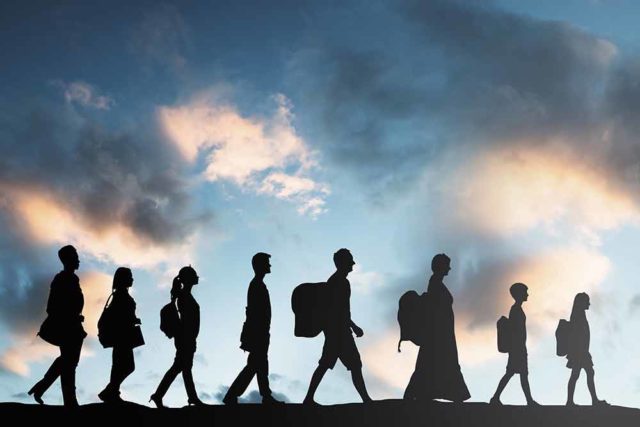 On May 17, 2019, the Canadian government announced revisions to its asylum (“refugee”) system. Effectively, the government ‘reversed’ an initiative from the Harper-era (Stephen Harper was Canada’s last Conservative Prime Minister) which did not afford refugees and asylum seekers the same rights based on their country of origin.

The so-called “safe country” policy which was introduced in 2012 was meant to target the increasing number of asylum claims from Mexico, Eastern Europe, and even the United States. A “designated country of origin list” (DCO) was created, deeming some countries “safe,” and a faster processing and removal system was created for claimants that were from countries on the list.

The Canadian government has now removed all 42 countries from the DCO list, suspending the policy, until it can be repealed by new law. The 2012 policy was aiming to discourage refugee claims from individuals that came to Canada for economic opportunities, rather than fleeing their countries of origin. In effect, only 12% of claims were from DCO countries from January 1, 2013 to March 31, 2019.

The Federal Court of Canada has chipped away at the DCO policy, finding some parts of it to violate the Canadian Charter of Rights and Freedoms. Claimants from the DCO list “were previously subject to a 6-month bar on work permits, a bar on appeals at the Refugee Appeals Division, limited access to the Interim Federal Health Program and a 26-month bar on the Pre-Removal Risk Assessment” according to an Immigration, Refugees and Citizenship Canada (IRCC) News Release.

The previous government did not invest in additional resources to manage the new system when they created the policy in 2012 ultimately leading to an additional burden on the asylum system. The DCO policy did not meet its stated objectives of discouraging misuse of the asylum system or expediting processing from DCO countries.

The 2012 policy made matters even worse given the large number of claimants crossing into Canada from the U.S.A. in the Trump era. Many of our out of status clients in the USA consider claiming refugee status in Canada, which is not often possible given the Safe Third Country Agreement in effect between the U.S. and Canada. We must advise them that the changes to the DCO policy will have no effect on their ability to do so, and we continue to help these needy clients to find more productive and promising ways to move to Canada.